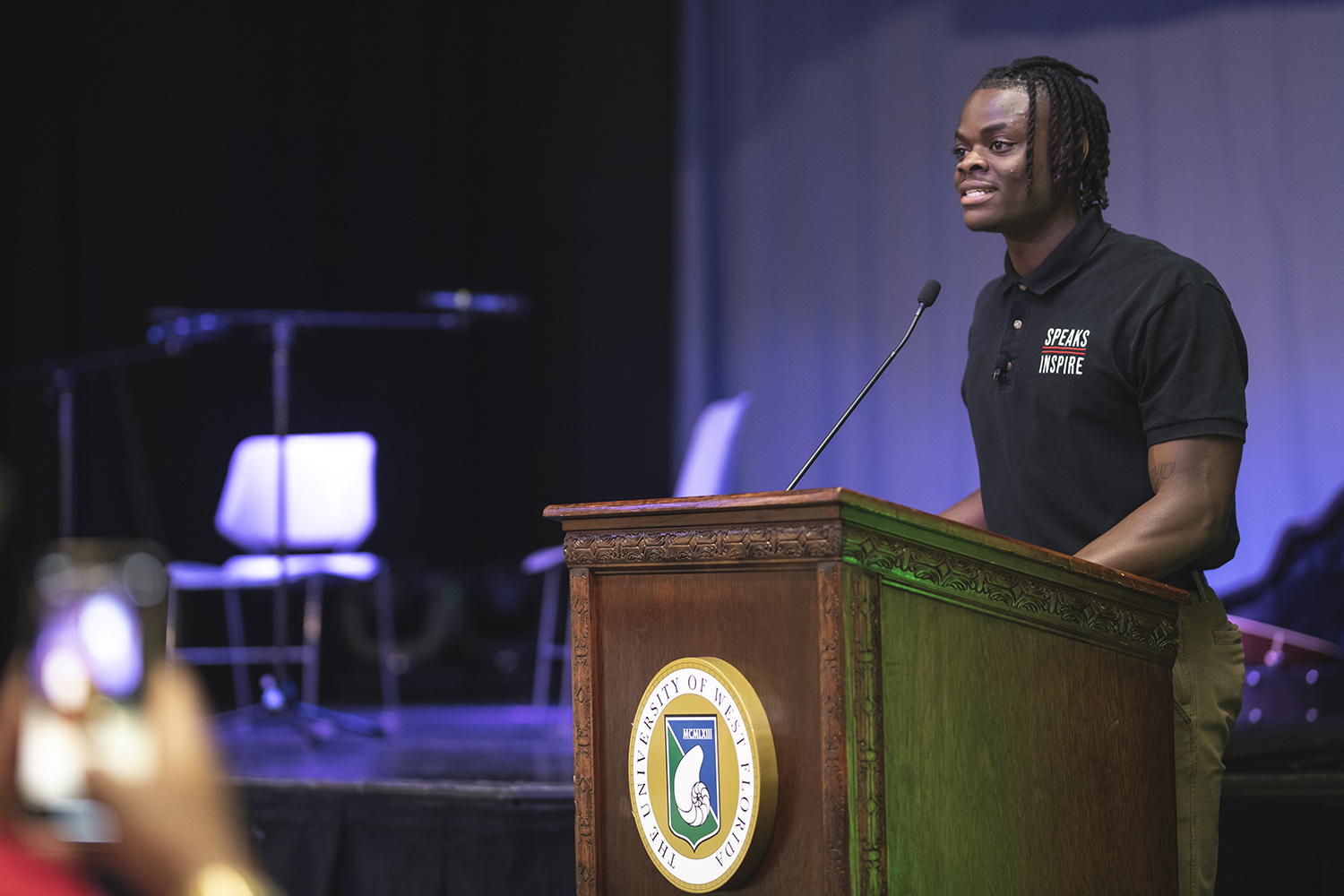 This post was written by the UWF Newsroom: https://news.uwf.edu/uwf-alumnus-overcomes-depression-inspires-others-as-mental-health-speaker-author/

As the future he envisioned started slipping away and a sense of failure consumed his thoughts, Abraham Sculley ’19 fell into a dark place his freshman year at UWF.

Sculley dodged calls and texts from this persistent friend for weeks, but on that night in 2014, he felt vulnerable enough to answer the phone. The first-generation college student was living on his own for the first time about 700 miles from his hometown of Miami, working 30-plus hours a week and balancing a full academic course load when he reached his breaking point.

“She reached out to me and had a challenging conversation,” Sculley said of his friend who prefers to remain anonymous. “She wouldn’t let me get away with telling her anything that wasn’t true. She wouldn’t let me get off the phone with her until I started telling her what was going on. I knew I couldn’t keep running from her. I opened up and told her everything. How I wasn’t sleeping at night, wasn’t eating, didn’t have an appetite and didn’t have motivation to do anything.”

Five years later, Sculley uses his personal story and professional expertise in the field of mental health to conduct suicide prevention training programs, host mental health awareness workshops and educate others on the stigma of mental illness and the importance of prioritizing mental health. He shared his story in “Each and Every Day,” an MTV documentary directed by award-winning filmmaker Alexandra Shiva that first aired in February. The film explores how nine high school and college students overcame thinking about taking their own lives.

“I’m always appreciative of opportunities to share about mental health,” Sculley said. “I think [Shiva] did a great job offering hope and reassurance to those struggling with mental illness and suicidal thoughts.”

According to the National Institute of Mental Health, suicide is the second leading cause of death among individuals between the ages of 10 and 34. Mental health has become a focus of conversation and studies over the last year as the country navigates the COVID-19 pandemic and its impacts, making the stories and advice of those who have experienced mental illness all the more valuable.

Sculley credits his persistent friend for guiding him toward UWF Counseling and Psychological Services, where he found resources and support needed to break through the darkness he said he felt at that time.

“It was the catalyst to experience wellness and get on the other side of depression,” he said. “I had a lot of negative preconceptions, but I was willing to step in the room. It took me a while to accept the help I was offered, but once I started to engage in those conversations, I realized what I was going through was normal and there were things I could do. Sitting down with a professional helped me realize this is a thing, this is what depression looks like.”

“We’ve always prioritized supporting students’ mental health, but the past year has driven us to consider the impact of the pandemic on mental health and the unique challenges that students are facing,” she said.

In response to the pandemic, CAPS transitioned its resources to an online format so that students could access them from home, and developed new programs and services that addressed challenges students might face due to isolation and other new factors. The department created Togetherall, an online peer-to-peer support platform with free, 24/7 access. Additionally, CAPS has started offering workshops on topics ranging from “Motivation,” to “Beating the COVID Blues” and “Stress Management & Coping Skills.”

“We know that students are most successful when barriers are removed,” Manassah said. “Mental health issues or emotional issues are common struggles students face that can impede their academic success. We’re here to support students through it.”

In the documentary, Sculley credits UWF Counseling and Psychological Services with helping him turn his struggle into a mission to help others. After his struggle with depression, he switched his major from information technology to psychology and found his calling in sharing his story with others.

“As I was having these conversations, a lot of my friends and colleagues were dealing with the same stuff as far as depression and mental health issues, but they were doing it in silence,” Sculley said.

Motivated to use the low point of his life as a positive resource for others, Sculley contacted various UWF organizations and booked speaking engagements. He told students, faculty and staff about his trials with depression and the important role counseling services played in. He then expanded to the Pensacola community and beyond.

Today, Sculley is a professional mental health speaker for Active Minds, a national nonprofit organization supporting mental health awareness and education for young adults, and he recently published his first book, “Unlearn the Lies: A Guide to Reshaping the Way We Think About Depression.” In the book, Sculley addresses seven lies that infiltrate the hearts and minds of people, causing them to suffer in silence.

“It’s been liberating and it’s been freeing,” Sculley said. “I had some fear and trepidation when it came to being honest on a public level, but it has helped tremendously. It’s a great opportunity to connect with people who have had similar experiences.” 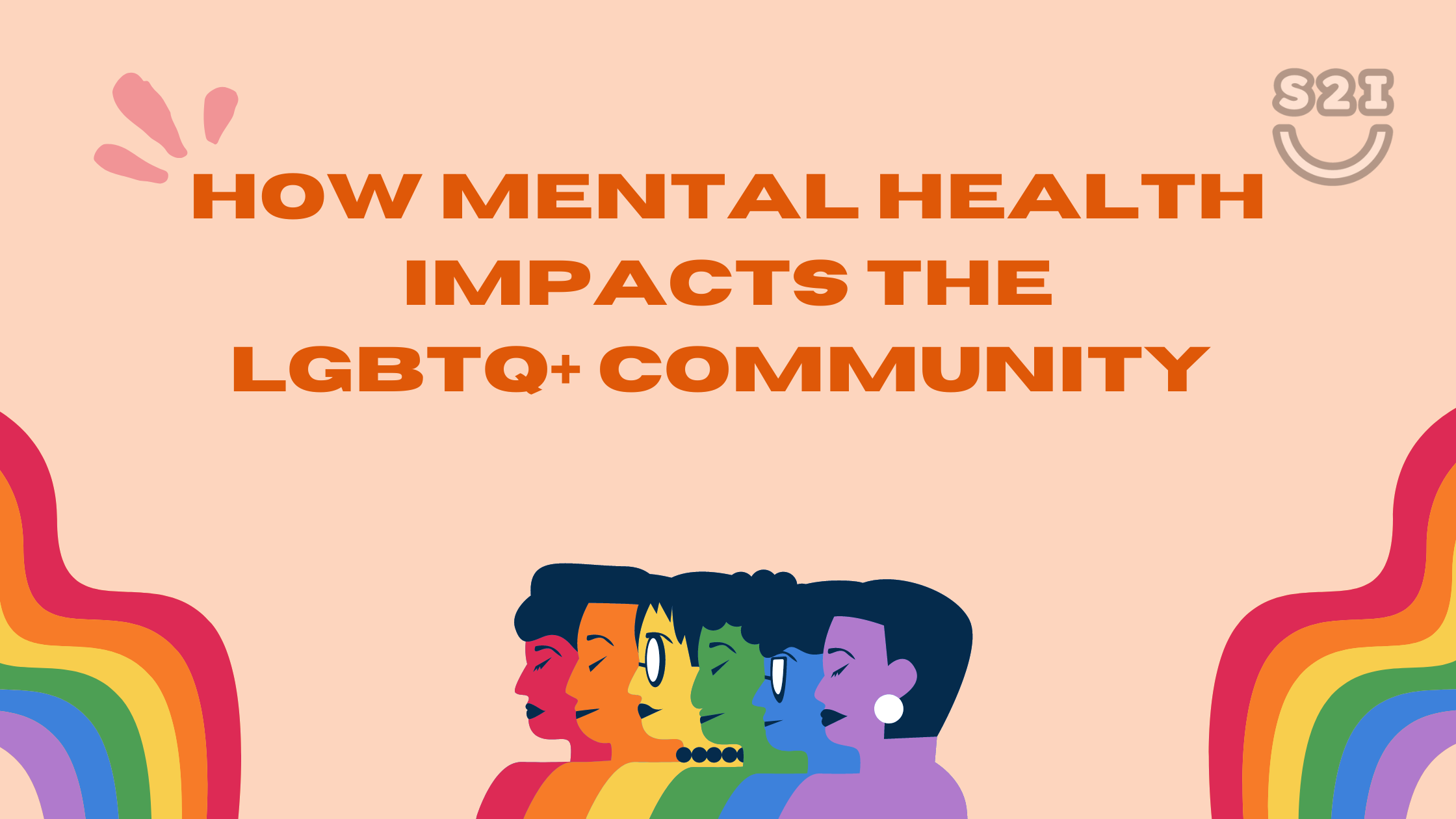 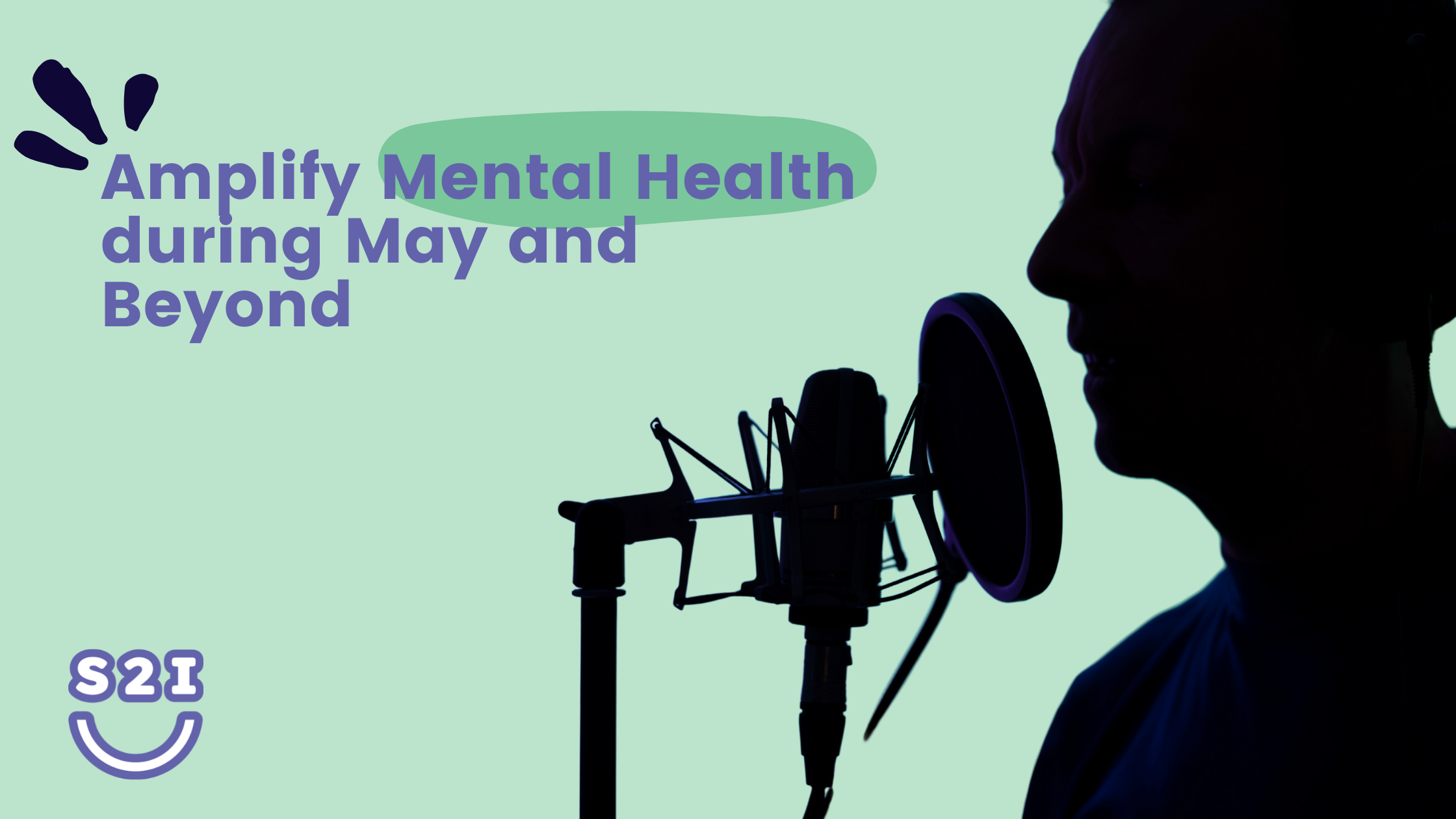 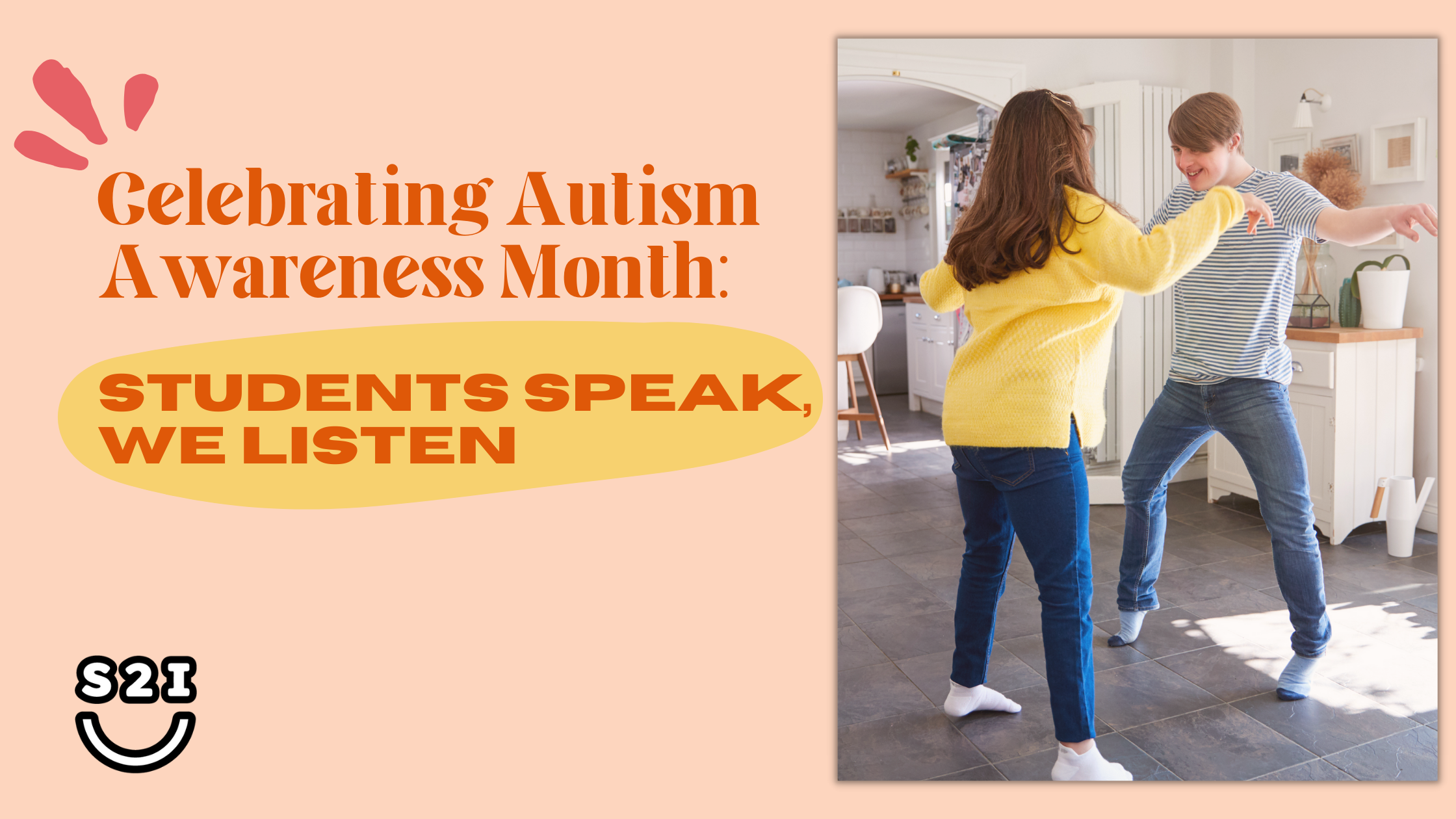